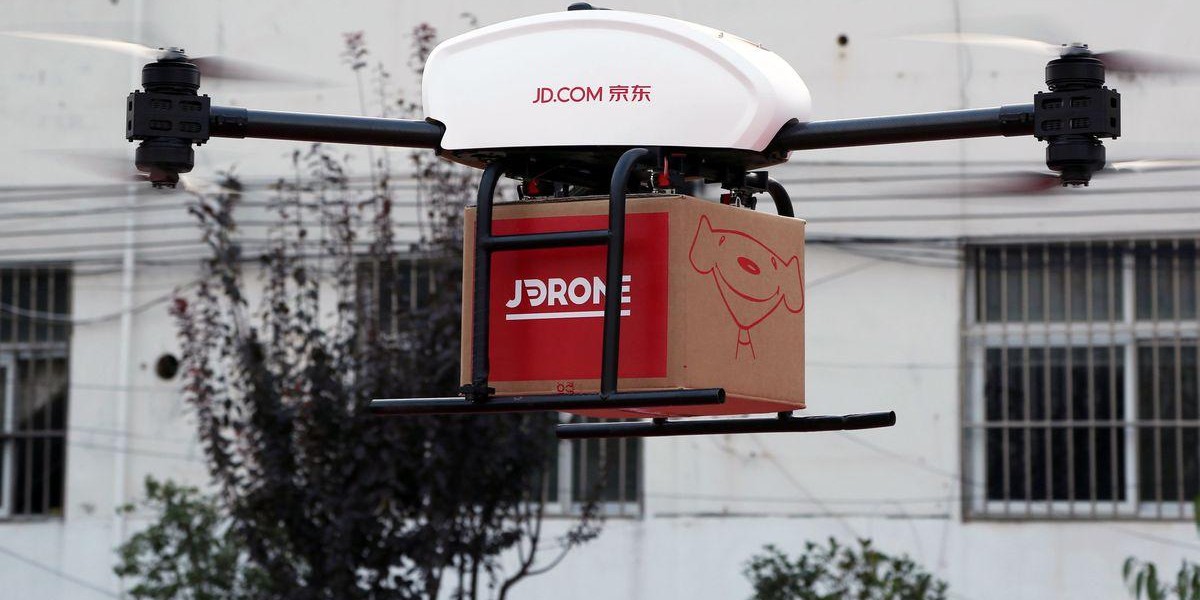 The way that people work is changing fast.

Automation is becoming widespread at a time when a number of other technologies are entering maturity, and the results of this on the future of industry could be profound. Driverless cars might be the thin end of the wedge when it comes advanced machines displacing labor, but in many cases, they just do it better then a human ever could.

China is Canada's largest trading partner, second only to the United States. During Justin Trudeau's recent trip to China included a face to face meeting with Richard Liu, who is the CEO of JD.com, which is a Chinese company that is similar to Amazon.

Mr. Liu is hot for Canadian natural resources. Unlike the United States, who wants huge amounts of petrochemicals, Mr. Liu is ready to make huge investments in the Canadian seafood industry. A big part of his plan for Canada is a fleet of drones that will slash the time and cost it takes to get seafood from Canada to China, and this represents a massive opportunity for Canadian fisheries.

The Chinese consume seafood at double the rate of their North American counterparts, and Richard Liu wants to make Canadian seafood exports more cost effective. JD.com is already investing in developing a system of purpose build cargo drones to move goods around China, where ground based logistics can be tricky in remote areas, and sometimes unreliable.

In Canada, Mr. Liu sees drones speeding up the transit time from Canadian producers to Chinese consumers. He thinks that in as little as 24 hours, blueberries harvested in British Columbia could be on a breakfast table in Shanghai. The only way to create this sort of efficiency is with drones, and JD.com's development program is well underway.

The cost of logistics in Canada is something of a mystery to Mr. Liu, as he sees JD.com's drone system creating cost savings of 50-70%. If these pilot programs are successful for JD.com and their Canadian suppliers, he sees investing in Canadian fishing fleets as the next logical step. The potential market for Canadian agricultural products in China is enormous, and provides a lot of diversification for Canada, should there be economic uncertainty in the USA.

Tesla's gala debut of their Electric semi truck was met with enthusiasm, but many of the world's largest automakers are working on similar technology.

The Business Insider recently published a report that puts long haul truck “Platooning” as the second most disruptive dynamic in the logistics market today. This is a technology that allows groups of computer controlled semi trucks to follow one another at very close distances, which drops their wind resistance substantially. The end result is far lower fuel usage.

Many people have expressed scepticism about the future of driverless semis, but given the safety record of human controlled trucks, driverless semis very well may be on the roads in the not too distant future. The real issue here is that humans aren't great drivers, so when we total up the fatalities on major roadways, the bar for automated vehicles isn't that high.

But if all these new logistical advancements are going to be integrated into the mainstream, there is a lot of work on the backend to be done. Canada's innovative tech economy is the perfect partner for companies like JD.com, and Canada's advanced drone industry can help to design drones that could change the way that export happens.

The Cantech Investment Conference is the perfect place to find some of the most innovative people in Canada. On January 31st, at the Metro Toronto Convention Center in Toronto, it will all come together. Industry leaders, investors and revolutionary thinkers will all be there, and if you reserve your place now, you can save some money.

This will be the fifth anniversary for the Cantech Investment Conference, and we are thrilled to be helping to make it happen for another great year!