How VR Went From A Concept To A Billion Dollar Market

By Nicholas Say – Published in Technology, virtual reality, on August 10, 2018 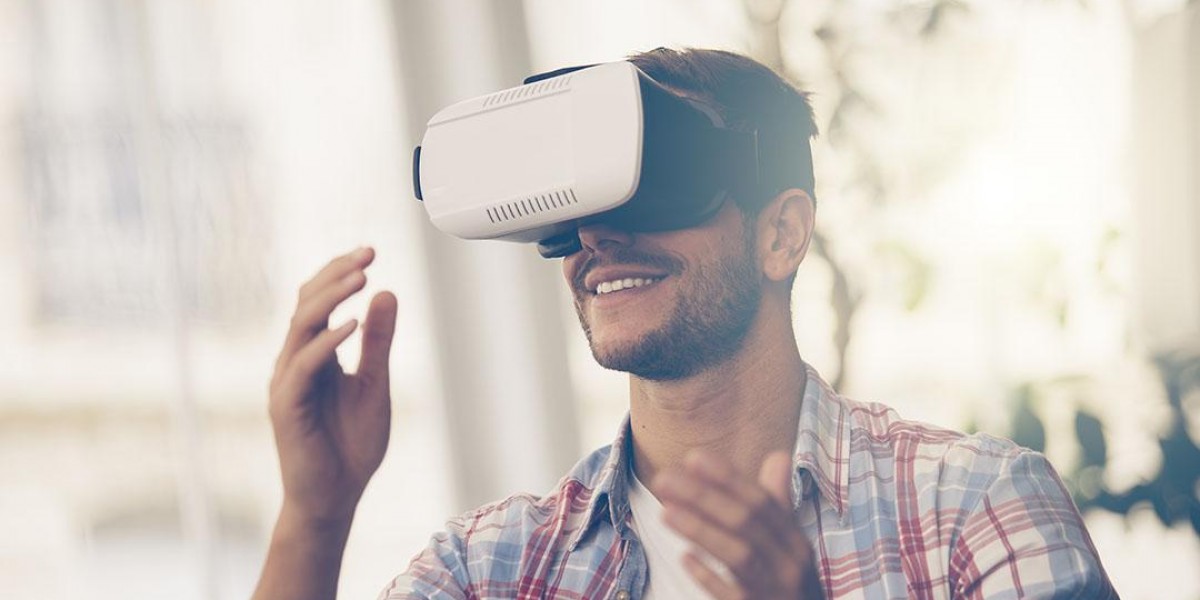 The dream of a fully immersive artificially created experience goes back to wishful writings from the 19th century. There were a few early writers that were inspired by the idea of a totally immersive experience, but past expressing their fascination in words, little more was possible.

Until the 1960's, Virtual Reality (VR) technology was nothing more than a dream, or the subject of science fiction. From its beginnings, the goal of VR was centred around creating pleasure for the user. Some forms of early VR were designed to simulate reality, but many were made to train people for new experiences in real life.

Modern computer-driven VR technology can be traced back to the 1960's, and a bold program was undertaken by Ivan Sutherland and his student, Bob Sproull. They are credited with creating what many consider the first head-mounted display, though it was so heavy it had to be hung from the ceiling!

The kind of graphics that Ivan Sutherland's VR contraption could display was primitive by any measure. At the time the platform seemed like a novelty to many, but it leads to other programs that furthered the development of more practical VR technology.

Even today, VR technology isn't affordable for most consumers. This lack of affordability has been a hindrance to VR development, as most corporations look for products that can be marketed to a wide range of people. As a result of this, as VR development unfolded in the latter half of the 20th century, the chief investors in the field weren't concerned with a direct profit.

One of the most important areas where VR technology took hold was in the military. Especially in the sphere of military aviation training, VR technology grew to be indispensable. Civilian aviation also benefited from VR technology, as did certain fields of medicine.

Outside of highly technical applications, VR technology didn't come into contact with the public very often. Atari set up a VR development program in the early 1980's, only to shutter it when the North American video game market took a hit in 1983. A few VR based arcade games did make it into production, but overall, VR simply wasn't accessible to the masses until the mid-1990's.

The 1990's saw the rise of tech. It seemed like any technology was getting funding all of a sudden, and VR tech was no different. As consumers bought more technology for the home, companies became comfortable with developing new platforms for their customers. Both Sega and Nintendo developed VR products in the 1990's.

Apple also created their QTVR format in the 1990's. QTVR isn't really VR in the way most people understand it, despite the fact is very popular. As the 1990's drew to a close, products like Forte's VFX1 had become available to the public, though its use was limited to a few popular games.

Things in the VR development space heated up in 2010 when Palmer Luckey prototyped what would become the Oculus Rift. At first, his creation was basic, and only offered rotational tracking. He used an existing VR headset for the prototype and created his own hardware to modify it.

Over the next few years, he integrated low-persistence displays created by Valve. This allowed the Oculus to produce a lag-free and smear-free display, which has been integrated into all of their headsets ever since. 2014 saw the introduction of Oculus's SteamSight prototype, which shares numerous features with both of the consumer headsets they released two years later in 2016.

The SteamSight featured separate 1K displays per eye, low persistence, and positional tracking over a large area, all of which were firsts in a VR headset that was potentially marketable to consumers. Despite Oculus' humble beginnings that were initially crowdfunded, they were bought by Facebook in 2017 for $2 billion USD.

Like any evolving technology, Oculus isn't alone in the VR space. Today consumers have multiple VR headset options to choose from, though cost remains a factor for many potential buyers.

For more information on the investment opportunities in virtual reality subscribe now and get your FREE VR Investing Guide.

If you want to learn more about virtual reality, the upcoming Extraordinary Future 18 is a great place to get in touch with technology. It will feature some of the best minds in tech and will be happening on September 19th and 20th, at the Vancouver Convention Center East. Register now to meet with leading tech CEO's in one-on-one meetings, or just come to listen to the great presentations and connect with other tech-savvy people.