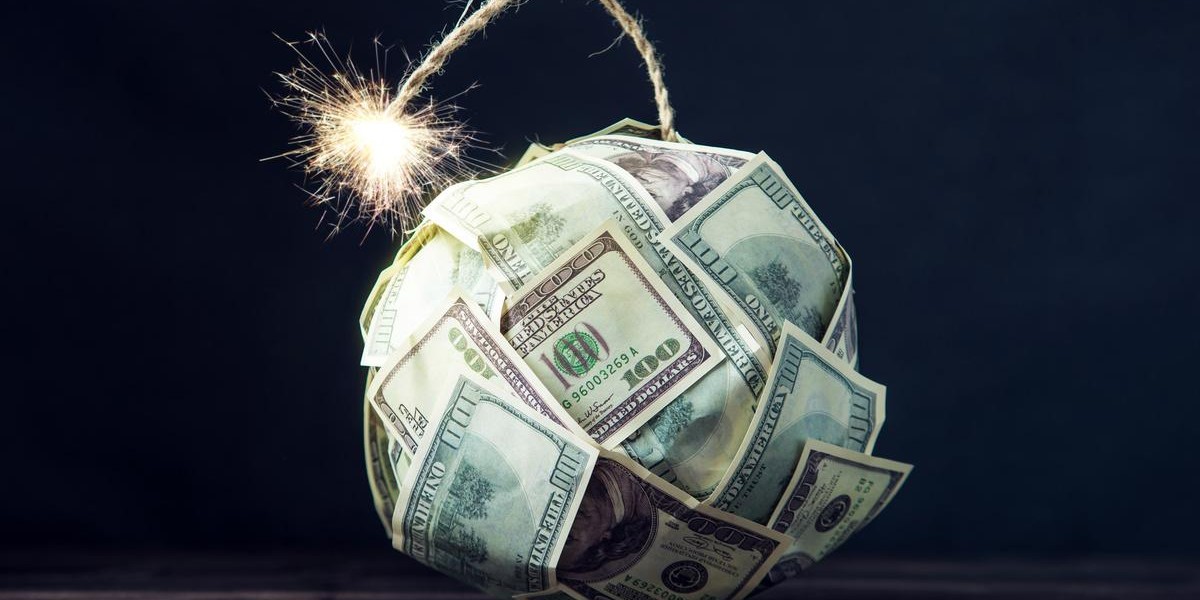 There is no way to avoid seeing all the debt coming out of the USA.

Peter Schiff took the stage at the IMIC and broke down what he thinks is coming for the most indebted country on planet earth. The US government is running a deficit of around $100 Billion US dollars per month, and this is starting to rattle the markets.

Unlike previous forecasts to come out of US planning offices, now it looks like US government spending will rise to $5 trillion USD next year. The overall deficit is still a wildcard, but it will likely eclipse a trillion US dollars for many years to come.

Peter Schiff thinks all this new debt is going to put the FED is a tricky position. They don't have a lot of options left, and when interest rates start to blow out to the upside, there could be some rough times for investors who didn't heed his warning.

On the campaign trail, Donald Trump was seen as a fiscal conservative that would “Make America Great Again”.

The reality of his administration is something very different, and the most recent US budget is the largest one in history. President Obama's administration didn't get close to these kinds of deficits, and the effects of this spending on the global financial system are a big unknown.

Clearly, President Trump isn't able to control runaway government spending. Peter Schiff thinks the recent break above 3% on the US 10 year bond is just the beginning of a much larger trend. He isn't alone in calling the end of a 30-year bull market in US debt, but what comes next could be very dangerous.

There is a lot of debt sloshing around the global financial system. Central banks have been working to reflate the financial bubbles that started in the late 1990's, and now it looks like all the debt they created might actually make an impact on national currencies.

Peter Schiff points out that US bonds are essentially US dollars, and when bonds fall, the US dollar is under pressure. Add to that the fact that central banks have been keeping rates at near zero for years, and it isn't hard to see how the next crisis could be one of confidence in global reserve currencies.

Where To Go From Here?

The situation that is manifesting in the markets looks a lot like the 1970's. If there is a full-blown crisis of faith in the financial system, hard assets could be worth looking into.

If you want to learn more about what Peter Schiff thinks will make sense for investors as this scenario plays out, check out this video from the IMIC. Peter talks about some of the assets that are already showing promise, and why precious metals can actually benefit from rising interest rates.

The 1970's saw both gold and silver rise right along side of global interest rates because people were losing faith in the value of the world's most popular currencies. There are numerous ways to invest in hard assets, and Canadian capital markets are some of the most stable in the world.