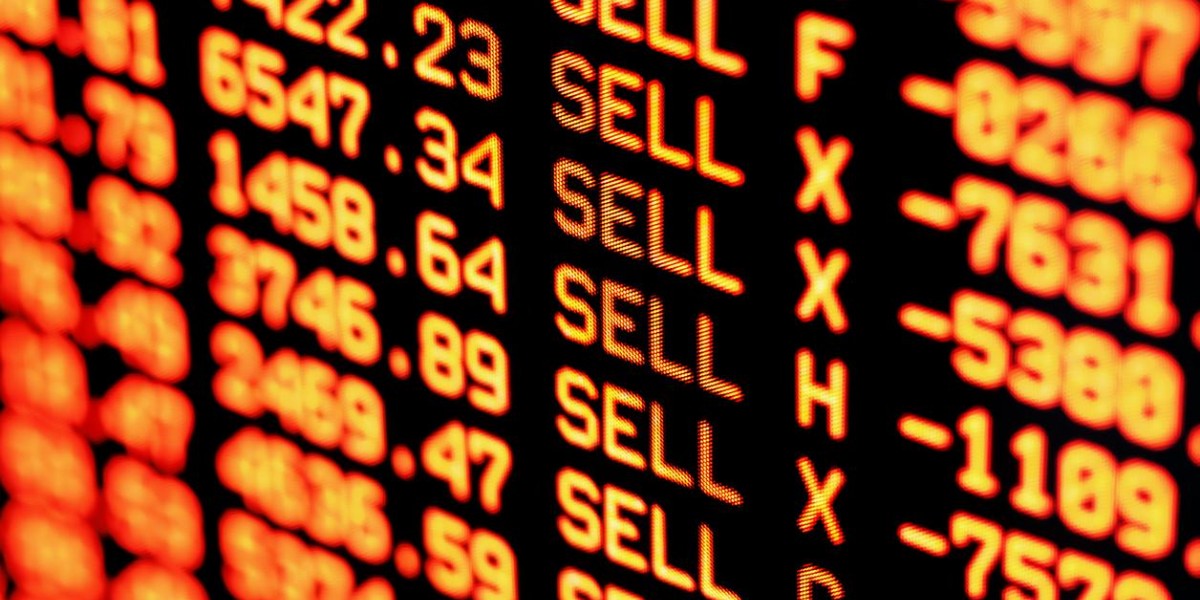 World markets continue to be sold, with most assets now joining the equity exchanges in a torrent of red pixels.

All of the major US indices were down for the day, with the Dow Jones Industrial Average posting a psychologically significant 1000 point loss. Today that number isn't as dire as it would have been in the pre 2008 easy money era, but regardless, there seems to be a strong desire to take profits right now.

Volatility, as measured by the VIX is back with a vengeance, and by the end of trade yesterday in US markets the VIX had shot up past 30. The initial spike in the VIX last week was a cause for some major pain in the world of quant funds, but today, it looks like organic selling might be entering the market.

Both JP Morgan and Morgan Stanley point to a 'worst case scenario' that could be emerging, which could leave equities across the planet much lower by the time selling subsides. While US Bond prices initially caught a bid higher last week, that seems to have reversed over the last day's trading. After a lackluster treasury auction things for US debt didn't improve, and both 10 and 30 year bond yields rose marginally over the course of the week.

A Pile of Debt

The safe haven status of both the US Dollar and US bonds could be called into question as the world wakes up to the enormous amount of debt that has to be sold by the US Government (USG) going forward.

As rates rise existing debt becomes harder to service, and while the USG has the ability to print money via the FED, the consumers in the USA who are sitting on $15 trillion US Dollars in debt will have a much harder time dealing with rising interest rates.

This situation could end up being a lot like 2008, where rising rates in the bond market, and a hawkish FED, created major pain in the housing sector. Today the stakes are even higher, and based on how US Debt is trading in the middle of a selling panic, the days of the 10 and 30 year US bond acting as the safest safe haven could be over.

In addition to the losses in the major indices, the past week (FEB 1-7) has seen the largest outflow on record from the SPRD S&P 500 ETF. With a staggering $17 Billion US Dollars in redemptions, the past week outpaces outflows at the height of the crisis in 2008 by a wide margin.

Of course a decade ago the nominal value of the index was much lower, so it would make sense that panic selling today would result in a much higher dollar value leaving the fund.

China's Shanghai Composite is now plumbing 7-months lows after suffering a near-vertical decline from highs made in January. The Heng Seng has also entered 'correction' territory, with a close below 30,000. Most of the issues on the Chinese market have lost ground since this selling began, and from the looks of the Yuan's performance, there could be more trouble ahead.

The Yuan has moved significantly lower versus the US Dollar, and over the last few days it has fallen the most since China actively intervened in the FOREX market in 2015. This has come on the heels of a trade report that showed a huge drop in China's balance of trade, though record high oil and copper imports were responsible for a large chunk of the lower than expected surplus.

These Chinese import figures are reassuring from the standpoint of robust industrial and consumer demand, though in the context of a world wide selling frenzy, they may not be appreciated until cooler heads prevail in the marketplace.