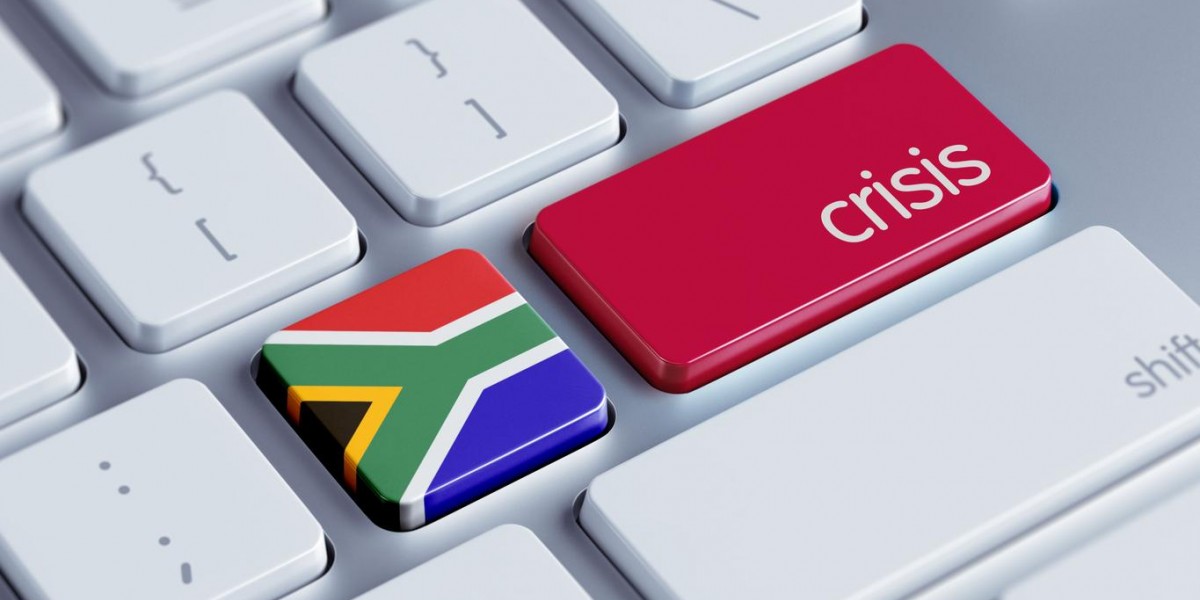 It is important to note that the basis of this article is information that was shared with me by a professional with more than four decades in the South African insurance industry. His clients are large, industrial interests, and when you begin to understand the gravity of the situation, it should be apparent that no sane person would be dishonest about what was shared.

There is simply nothing to be gained by anyone.

I was told recently that an international company with operations in South Africa was unable to renew their insurance policy. The company that was soliciting the policy renewal had made no claims in the last five years, and there is no material difference in their operations that would change an insurer's view of risk.

My source told me that none of the major reinsurance companies (e.g. Munich RE, Allianz, AIG) would touch the company, and he was forced to use alternative means of securing coverage. Though, even when he was able to secure a policy that satisfied his client, it was only for 75% of the needed coverage.

At the time of writing, he is still looking for the remaining 25%.

I began to search for information on this topic, and surprisingly, I couldn't find any.

This is strange to say the least, but if the reinsurers are pulling the plug on South African operations, it wouldn't be wise to advertise the move. The causes for this potential shift away from covering South African operations remain unknown, but there are a few things that could be influential in the risk profile for a country that is struggling with a host of internal problems.

In the post apartheid era, the world had high hopes for a nation that was integrating a social structure that had been kept divided with race based political policy. Apartheid made doing business there nearly impossible due to the trade restrictions that the world put on the African nation. While the liberation of trade certainly helped many in South Africa, there have been problems as well.

It is not hyperbole to say that South Africa's current President, Jacob Zuma, is a likely criminal. In fact, the highest court in South Africa has said he should stand trial for more than 700 crimes, and yet he is still president. Those 700+ crimes were apparently committed previous to his current term, and there are a number of ongoing investigations into his administration.

When I was leaving, he was being accused of working with known criminals to smuggle cigarettes into South Africa, in order to make money by selling them. While these charges haven't been proven, given the laundry list of past alleged misdeeds, it wouldn't be a big surprise if they were, in fact, true.

The political landscape in South Africa is largely ignored in the international media, but the upcoming election holds tremendous risks. There have been a string of violent murders across South Africa, with high ranking ANC officials being gunned down without any apparent cause. President Zuma has made vague threats of fomenting instability, or releasing damaging information, should the upcoming elections not go in a direction he approves of.

People who aren't that familiar with South African culture don't know that there is a major subdivision between the two major “Black” ethnic groups in the country, the Zulus, and the Xhosas. The famed Nelson Mandela was a Xhosa, while current President Zuma is a Zulu. There is also a third major racial group, called the “Coloreds”, who are a mix of the indigenous peoples, and a multitude of other genetic influences.

Far from being the “Rainbow Nation” that many had hoped for in the wake of Apartheid, modern South African culture nurtures divisions along racial lines that are very strong. The vast majority of the non-white population lives in ghettos called “Townships”, where there is little work, tremendous violence, and no real hope of change. In most cases townships are populated by either one of the two major black populations, or coloreds.

While the violence within the homogeneous racial groups is staggering, the tensions between the Zulus and Xhosas approaches xenophobia. One Xhosa man I talked to told me that he would never dream of entering the Zulu homeland, and that he believed he would be killed if he traveled to Durban. This is one of the reasons that the upcoming power transfer holds such much danger, and why it may be playing into the risk models at the world's major reinsurers.

Most of these ideas fall well outside of what is currently accepted as fact in the western political economy, but on the ground in South Africa, reality has left the modern, politically correct narrative behind.

Anyone who knows anything about gold mining knows about the terminal decline of South Africa's gold production. As of 2016 The former world leader's production of gold had fallen 85% since 1980, and there is no way to know when they could lose a spot in the top ten gold producers. While still a major source of Platinum Group Metals (PGM's), Rick Rule suspects that most of those operations are cannibalizing their operating capital.

Outside of mining, South Africa relies heavily on tourism and farming to make ends meet. In both cases the rising tide of violence threatens to make a material impact on GDP, especially if the election turns into an ugly struggle for power.

If my source is correct, and the major reinsurers are no longer willing to back South African industry, a number of problematic scenarios arise.

As it stands today a South African farmer is twice as likely to be murdered as a Police Officer in the nation, and the incidence of sadistic torture of the farmers prior to their death is commonplace. Bear in mind that is is happening during a time of relative stability, and with some amount of legal protection in place for the citizens.

In a scenario where the federal government of South Africa is no longer able to provide any sort of protection for the citizens at-scale, the outcome could be very serious indeed. Civil war is a possibility, as is the fracturing of the nation into separate states, that would probably be divided along racial lines, with borders enforced with extreme violence.

The Sub-Saharan region of Africa is known for its poverty and violence, but for generations South Africa acted as a counter balance. The farms of South Africa provided vast amounts of surplus food, and even under Apartheid, many people risked death to enter the nation illegally. To this day citizens of Zimbabwe flock to South Africa, as its economy is in far better shape at the moment.

But if industry is no longer able to operate effectively in South Africa, and the political system becomes more unstable, there is no telling how far all of Sub-Saharan Africa could fall. The recent coup in Zimbabwe was seen as being positive, but what may have been overlooked is how reliant Zimbabwe is on the South African economy to maintain its population.

There are a large number of Zimbabweans working in South Africa, both legally and illegally, and should the economy of South Africa degrade because of political upheaval, a major source of income would evaporate. The food that South Africa exports is a matter to be considered, as most of the other southern African nations rely on South Africa's farmers to offset their underperforming agricultural sectors.

At this point there is little that can be done to avert a messy political changeover in South Africa, and only the coming months will allow us to see how deeply President Zuma's so-called “shadow government” has been able to corrupt the political system in South Africa. The ANC will begin its conventions next month, and during 2018 the political process will be in full swing.

If in fact the world's largest reinsurers have decided to pull the plug on South Africa, it will become obvious over the next year or two. It is unlikely that industry will be able to secure sufficient insurance from the within the economy of South Africa, and in the event that my source was accurate, this likely marks the beginning of some very hard times in all of Sub-Saharan Africa.

In addition to all of the issues listed above, there are huge problems with the water supply all across the coastal regions. Cape Town, the international mecca of the coast, will run dry in a few months time. There is been a culture of chronic misinvestment in the time since Apartheid ended, and now they are beginning to prepare for the day when taps across Cape Town run dry.

It is difficult to see how any of these problems will be resolved, and when all of these issues are combined, the situation that could emerge is terrifying. There is already a resurgence of malaria in many areas in South Africa, and in the absence of running water to operate sewage systems, there is no telling how bad things could get.

For the moment things seem calm enough in a country that is facing some tremendous challenges, but that placid appearance to the international community could be shattered at any time.