Visualizing the Best Funded Startup in Each State 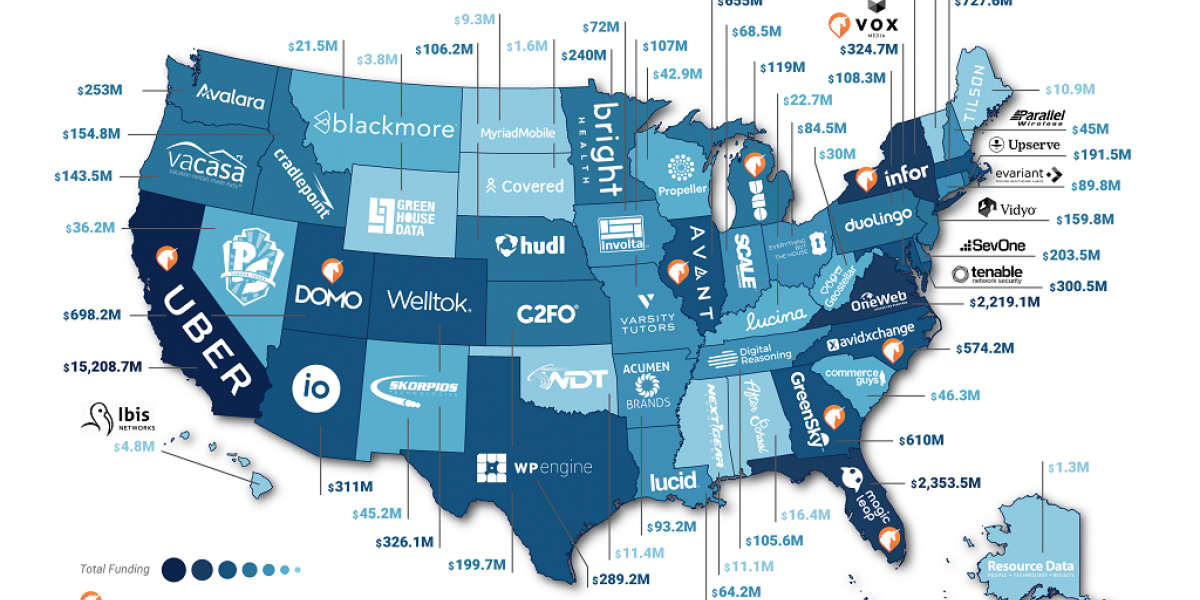 Over the last 20 years, people have flocked from all over the world to Silicon Valley.

It’s the epicenter of the tech boom, and a magnet that attracts talent, ideas, and capital to come together to create new things. Software mania has shifted the most important corporate addresses in the country from the streets of Manhattan to obscure towns like Mountain View, Cupertino, or Menlo Park.

While a booming ecosystem has lured many to the Valley, it’s simultaneously unlocked new technologies that have made it possible to work, collaborate, and build new startups from anywhere.

The result has been the birth of influential startups and ecosystems in every locale imaginable – and today, it’s true that nearly every state has an impressive tech startup to call its own.

Today’s infographic comes to us from CB Insights and it showcases the best funded VC-backed startups in every state with more than $1 million in disclosed equity financing since 2015.

It’s important to note that three states did not meet CB Insight’s exact requirements for this list: Alaska, Mississippi, and Wyoming. As a result, those states are represented by private startups that have raised money since 2015, but they have not disclosed any VC-backing.

Although prominent startups are being backed by venture capital in practically every state, the Golden State still shows why it’s still the startup mecca. Uber has raised $15.21 billion in funding, which is actually more than the best-funded startup in every state combined together:

The Best Funded Startup In Every Other State (50 companies):
$15.0 billion

The other startups are no slouches either – they are represented by household names like Vox Media (D.C.), Magic Leap (Florida), Draft Kings (Massachusetts), and Domo (Utah), as well as many other successful companies.

Uber is a funding outlier even among California-based companies, with Lyft ($4.8 billion) and Airbnb ($4.4 billion) being the next best funded startups in the state.