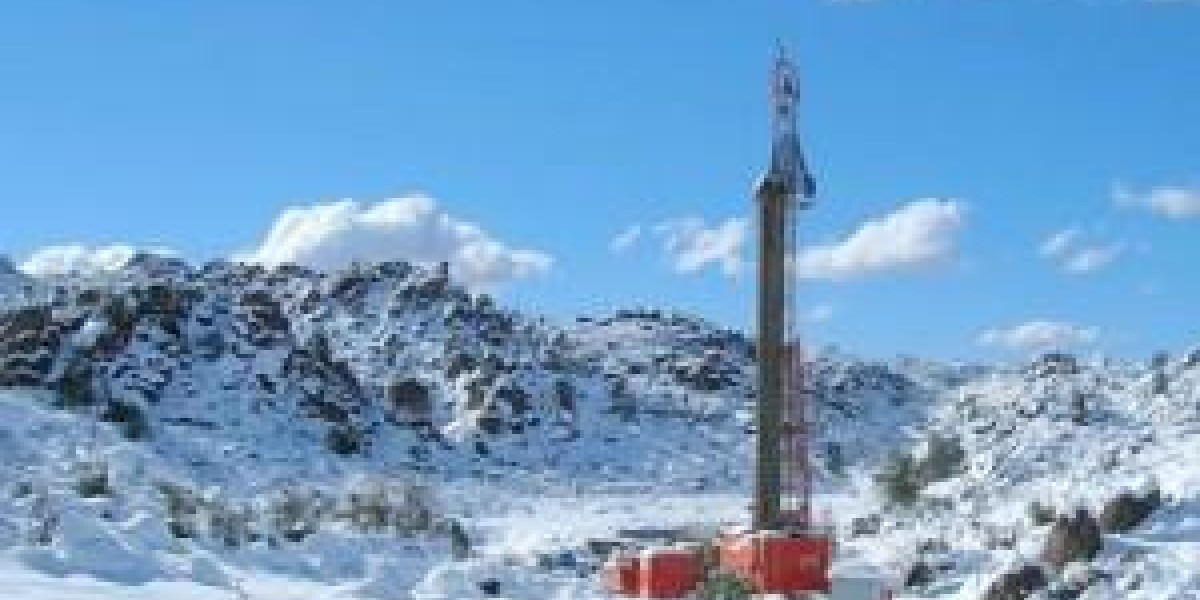 By Allison Martell and Euan Rocha

A large majority of the small Canadian-listed mining companies that help drive global mineral exploration expect to drill this year after a grim period of hibernation for many cash-strapped explorers, according to a Reuters survey.

The results of the survey of more than 60 mining executives are one of the first clear indications of a turning point in sentiment among so-called junior miners. Although money has begun to trickle back, the cost of drilling is down and the price of gold is up from last year's painful lows, hopes for the sector have been muted at best.

More than three quarters of the Toronto Stock Exchange and TSX Venture-listed miners and explorers that participated in the survey said they expected to have a drilling program at some point in the coming 12 months, while fewer than six in 10 said they had drilled in the previous 12 months.

Wolfden is one of the hundreds of small explorers that make Canada a center of global mining finance. With no revenues, these companies exist to drill, or typically hire specialized contractors to do the job in Canada and around the world.

Explorers drill columns of earth and rock, called drill cores, and the precise quantities of gold or other metals in those samples can make or break fortunes.

Over the past two years investors have shunned these speculative stocks, making it difficult for the explorers to sell the equity they need to operate. At the same time, major miners have been hit by a spike in costs and lower prices, and all but stopped looking for promising explorers to invest in.

Running low on cash, junior miners scaled back drilling programs, and many in the industry began to fear that hundreds of them could be delisted, choking off the industry's development pipeline.

Wolfden did drill last year, but CEO Topping, a veteran sell-side analyst who took over the company in December, said it will likely do more this year: "These days, if you've got a success it will get noticed," he said.

As the survey responses are from a relatively small group of companies, the results are not an exact representation of the industry. But they show statistically significant trends, and broadly reflect the views of publicly listed mining companies in Canada, most of which are small, early-stage explorers.

The survey was taken in late January and early February as the industry prepared for the Prospectors and Developers Association of Canada convention, which kicks off on March 2 in Toronto. The event is the world's largest mining convention and a once-a-year opportunity for juniors to woo investors.

Sacre-Coeur Minerals Ltd (SCM-X 0.05 0.00 0.00%), a Venture-listed company working in Guyana, is typical of the survey participants.

It is aiming to restart its drilling program this year after not drilling last year, in part to conserve cash. While it will need to raise funds to restart the program, Chief Executive Gregory Sparks is optimistic.

"With the uptick in gold price and the advancement of our projects, we think this is an opportune time to be adding to our resource," he said.

Gold is by far the most popular target of small explorers, and last year's 28 percent drop in the price of gold did the already ailing exploration sector no favors. But with bullion rebounding about 10 percent so far this year, some in the industry are quietly speculating about a recovery.

Still, companies that say they plan to drill might not actually do so. Junior mining executives are a notoriously optimistic bunch, and drilling contractors remain cautious.

Francis McGuire, chief executive of Major Drilling Group International Inc (MDI-T 8.81 -0.19 -2.11%), one of the industry's largest drilling contractors, told Reuters earlier this month that many customers had not firmed up their plans for the full year.

He said a recent cluster of equity financing by juniors could bode well for the second half of 2014, but right now they are not drilling: "That part of the market is gone."

But Dave Harper, chief executive of Geodrill Ltd (GEO-T 1.05 0.00 0.00%), a small contract driller that works with companies in West Africa, was more upbeat.

There has been some consolidation in the region recently. For example, Geodrill customer Ampella Mining Ltd agreed to a friendly takeover bid from Centamin PLC in January. And Harper said exploration often accelerates after such deals, though it is too early in the year to conclude too much.

"We're seeing a reasonable amount of bidding activity," he said, making a contrast with the second half of 2013.

Harper added that the jobs available are reasonably large. "They're not small, keep-the-concessions, keep-the-lights-on kind of drilling."

Even so, the rates charged by drilling contractors are down, and that will likely cut into their earnings even if activity does pick up.

Topping, at Wolfden, said contract drilling costs are down more than 50 percent, all in. Harper said the average decline has to be smaller than that, but noted that in some cases his rivals may be willing to "buy work," accepting very low prices to hold on to contracts through the tough market.

The Reuters survey was conducted online and on the phone. A random sample of Toronto Stock Exchange and TSX Venture-listed mining and exploration companies were asked to participate.

The difference between the number of companies that said they planned to drill and the number that said they had actually drilled in the previous period is accurate plus or minus 15 percent, 19 times out of 20.