Trilogy Metals Inc.'s principal asset, the Upper Kobuk Mineral Projects, are located in the highly prospective Ambler District in Alaska and home to some of the world's richest known copper-dominant polymetallic deposits.

The Ambler District consists of two contemporaneous and adjacent mineralized belts—the Devonian Ambler polymetallic volcanogenic massive sulfide (VMS) belt that contains the Arctic and several other known VMS deposits, and the Devonian Bornite carbonate-hosted copper-cobalt belt that contains the Bornite. The trend of the mineralized district extends for approximately 70 miles along strike.

Arctic hosts a mineral resource with an approximate 7% copper-equivalent grade[1], and is the largest and highest-grade known VMS deposit of its kind in the world. Meanwhile, step-out drilling on Bornite delivered some of the best intercepts in the copper space, including DDH RC11-187 which encountered 178 meters averaging 4% copper. These and other excellent results rival those of any copper project in any part of the world. 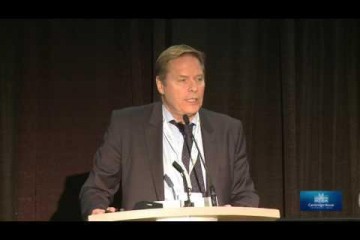 Trilogy Metals with CEO Rick Van Nieuwenhuyse
Paul Harris Spotlight
June 12, 2017
How was your experience at the International Metal Writers Conference? Very good. I met a lot of very good people and companies in a packed two days. I always get a lot out of these events. Our conference video’s will be coming out this week, so any investors that missed your talk will be...
Read More