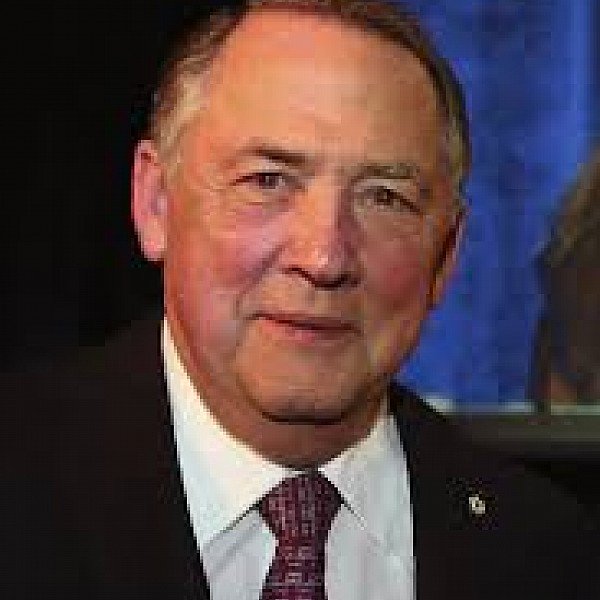 A third-generation Vancouverite whose grandfather and father were in the insurance business, Peter Brown attended the University of British Columbia.  In 1968, Mr. Brown and his partner, Ted Turton, founded Canaccord Financial Inc. through the purchase of a majority interest in Hemsworth, Turton & Co. Mr. Brown built the firm into Canada’s largest independent investment dealer. Canaccord Genuity Group Inc. is now a global investment bank listed on the TSX and LSE exchanges. He retired from Canaccord in May 2014 and is currently serving as Chairman of the Board of the Fraser Institute, a highly regarded think tank.

Peter is also Chair Emeritus of the Investment Industry Association as well as a former member of the Selection Committees for both the Canadian Business Hall of Fame and the Investment Industry Association Hall of Fame. Mr. Brown is very proud of his British Columbia origins and, throughout his career, has given back to the industry and his province by serving on the boards of numerous private, public and crown corporations. He has served as Chairman of the Vancouver Stock Exchange, the University of British Columbia and crown corporations BC Place and BC Enterprise Corporation. He was the Vice Chairman of Expo ’86 Corporation. As the federally appointed Lead Director and Member of the Finance Committee for the Vancouver 2010
Olympic & Paralympic Games, he helped bring the 2010 Winter Games to Vancouver and Whistler.

His business achievements and community contributions have earned him a long list of awards and distinctions, including the BC Chamber of Commerce Businessman of the Year Award, the Pacific Entrepreneur of the Year Award and the Distinguished Service Award by the Prospectors and Developers Association of Canada. In 2003, he was honoured with the Order of British Columbia. In 2010, he was inducted into the Canadian Mining Hall of
Fame and presented with the Entrepreneur of the Year Lifetime Achievement Award, and then in quick order he was recognized with inclusion in the Business Laureates of B.C. Hall of Fame, the Canadian Business Hall of Fame and the Investment Industry Association Hall of Fame. The Vancouver Board of Trade celebrated his leadership in 2012 with the Rix Award for Engaged Community Citizenship. Mr. Brown has received both the Queen’s Golden and Diamond Jubilee Medals. In recent years, he has received honorary doctorates from the University of British Columbia, Emily Carr University of Art & Design, the Justice Institute of B.C. and Wilfred Laurier University. In July 2014, Peter Brown accepted the position of Honorary Chief Constable of the Vancouver Police Department for a three-year term.

Peter is a passionate collector and, together with his wife, Joanne, has built one of the most important art and sculpture collections in Canada. In addition, he has a significant library of Canadian history books that includes rare and first editions. Over the years, he has collected pre-1900 mechanical coin banks as well as wooden decoys. Peter and Joanne have two sons and four grandsons. Long-time philanthropists, the Browns manage a private foundation that supports community-based projects.