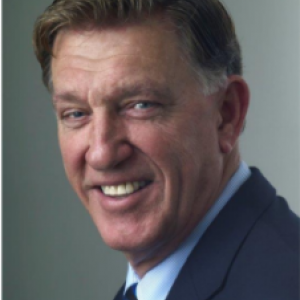 Bob Dickinson is an economic geologist who has been active in mineral exploration for 50 years. He is one of the founders of Hunter Dickinson Inc. (HDI), a globally respected exploration and mine development team. Bob holds B.Sc. in Geology and M.Sc in Finance degrees from UBC. The HDI partners have raised over $1.4 billion dollars to advance mineral projects around the world, including many important porphyry deposits — Mount Milligan, Kemess, Gibraltar and New Prosperity in BC, Pebble in Alaska, and Xietongmen in China. Other successes include the Campo Morado zinc mine in Mexico, the Burnstone gold mine in South Africa and the Hollister gold mine in Nevada. Bob advocated responsible mineral development before it became an industry mandate. This ethic, along with technical excellence, is entrenched in the entire HDI team Bob has received a number of awards over the course of his career, including: Canada's Developer of the Year in 1990; BC's Mining Person of the Year in 2000; the A.O. Dufresne Award in 2008 for his contributions to exploration and mining in BC and the Charles F. Rand Memorial Gold Medal in 2010 for distinguished achievement in mining. In 2012, Bob and the late Robert Hunter, were inducted into the Canadian Mining Hall of Fame in recognition of their demonstrated outstanding lifetime achievements benefiting the Canadian mining industry. Bob is well known for his efforts to help further the understanding of the importance of minerals in our everyday lives. He is Chairman of the Board of MineralsEd and Vice-Chair of the Britannia Mine Museum.