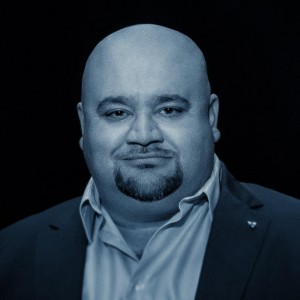 Rahul Singh founded the David McAntony Gibson Foundation (GlobalMedic) in 1999 to honour the memory of his best friend who tragically lost his life in 1998. Combining a passion for humanitarian assistance with a frontline emergency perspective, Singh developed GlobalMedic’s unique operational mandate of providing efficient and cost effective disaster relief in the immediate aftermath of a catastrophe using professional emergency workers. Since then, Singh’s tireless efforts have created a globally recognized, innovative and efficient organization earning him a title on Time Magazine's List of the 100 Most Influential People in the World. Professional rescuers including paramedics, police officers and firefighters who volunteer their time and skillset staff GlobalMedic’s Rapid Response Team.  GlobalMedic teams have deployed on 160 missions in 60 countries. Teams have delivered aid in war zones and during natural disasters.

Since inception the agency has rapidly grown, tripling its output annually. Starting as an $8000 small venture, fiscal 2015 had revenues of 6.2 million. From the delivery of water purification equipment, the installation of field hospitals, and even innovative programs like operating Unmanned Aerial Vehicles (UAVs) to survey disaster zones, Singh continually strives to develop Canadian innovation in order to save lives. He has personally led over 30 international disaster missions, most recently traveling to Ecuador in response to the devastating April 2016 earthquake. Singh has been a professional emergency worker since 1988, serving the citizens of Toronto as a frontline paramedic, while also delivering capacity building missions for the UN. He’s received a number of accolades for his humanitarian work over the years; Prime Minister Harper presented Singh with the Indo‐Canadian Chamber of Commerce’s 2006 Humanitarian of the Year Award, and in 2010 he received the Caldwell Partners award for the Top 40 Under 40 in Canada.  Singh was invested as an Officer of the Order of Ontario in 2012 and later that year, His Royal Highness Prince Charles presented Singh with a Diamond Jubilee Medal.