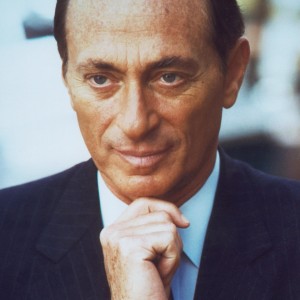 Mr Dines was the first Security Analyst on Wall Street at the time to have recommended gold and silver, at $35 and 92.5¢ respectively, as the editor of the newsletter for stockbroker A. M. Kidder. Since it was literally a felony for Americans to own the yellow metal, Mr Dines’ prediction was understandably breathtaking. As the undisputed leader on Wall Street in promoting natural resources Mr Dines insisted gold would rise when the President of America himself warned that he would “never” allow gold to rise above its fixed price at $35. Snubbed as a “dirty Goldbug,” instead of retreating, Mr Dines defiantly called himself “TheOriginal Goldbug,” and started the first independent financial newsletter on Wall Street.

Having founded the Hard Money Movement, he organized a march by his subscribers at the White House to pressure the government to stop selling Fort Knox’s gold holdings at the despicably low price of $35/oz, which attracted the support of Senators Jack Kemp and Bill Roth (of “Roth IRA” fame). They attributed Mr Dines’ Hard Money Movement to having influenced halting the sale of Ft Knox’s gold at $35/oz.

His second book, The Invisible Crash, published by Random House, and then Ballantine in paperback, publicized worldwide his struggle to link paper currencies to gold and silver so as to forestall his prediction of an inflation that would end in a historic deflation. In the book (on page 18 of the original paperback), he made the incredibly specific prediction that “The Coming Great Deflation would begin in 2008,” which he believes indeed came true.

His book, Mass Psychology (published in 1995), pioneered the importance of studying ourselves being influenced as part of a crowd as a crucial part of Security Analysis, for the timing of market direction.

As a founder of Technical Analysis (charting), he was the first to incorporate it in a Wall Street newsletter.

Mr Dines recommended rare earths in the The Dines Letter of 22 May 2009 (page 1), before their spectacular bull market, and became “The Original Rare Earth Bug” and his insight in raw materials led to his flashing a very unpopular “Buy” signal on uranium on 14 Sep 2000, within $1 of its ultimate low at $7.10, when he became “The Original Uranium Bug.” The metal subsequently rose a historic 1,650% to as high as $150.

His most recent signal was a “Buy” on gold and silver stocks on 5 Feb 2016, near rock bottom.