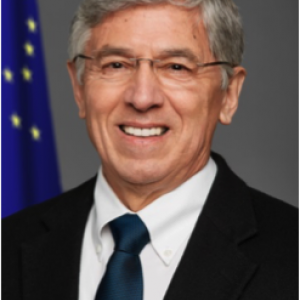 Byron Mallott's history of public service began in his ancestral home of Yakutat, Alaska, when he was elected mayor at the age of 22. He later went on to serve as mayor of Juneau. Byron’s early start in public leadership has grown into a deep unique knowledge of all aspects of Alaskan life, including commercial fishing, aviation, timber, communications, banking, Alaska Native Corporations and investments. He has served as the president of the Alaska Federation of Natives, executive director of the Alaska Permanent Fund Corporation, co-chair of the Commission on Rural Governance and Empowerment, chair of the Nature Conservancy of Alaska and president and CEO of First Alaskans Institute and Sealaska Corporation.

Byron and Toni have five children, nine grandchildren, and one great grandchild.