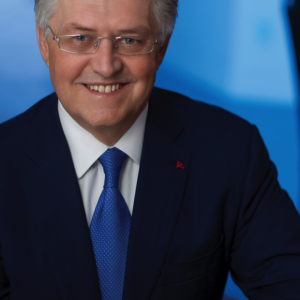 Ron Thiessen holds a BComm degree from the University of Saskatchewan and a Chartered Professional Accountant designation. As President and CEO of Northern Dynasty since 2000, he had led corporate development and financing activities for the company, enabling the company to advance the project to one of the world’s most important mineral resources. He is a director of Northern Dynasty and the Pebble Limited Partnership, as well as serving on the board of several other publicly-listed companies. His work on behalf of Northern Dynasty and other companies has been recognized by several different awards. Mr. Thiessen and the Northern Dynasty team received the Thayer Lindsley International Discovery Award for the Pebble East deposit in 2007. He was awarded the E.A. Scholz Award for excellence in mine development in 2008 and was named the Business Person of the Year by the Canada-Southern Africa Chamber of Business in 2011. Most recently, he was presented with the 2013 William Lawrence Saunders Gold Medal from the Society for Mining, Metallurgy & Exploration and a fellowship (FCPA, FCA) from the Chartered Professional Accountants of British Columbia.