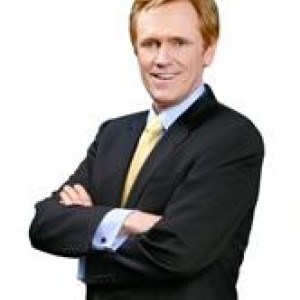 Michael Maloney is the founder and owner of GoldSilver.com, a global leader in gold and silver sales and one of the world's most highly regarded investment education companies since 2005. He is author of the best selling precious metals investment book of all time, Guide to Investing in Gold and Silver, published in 2008.

Mike Maloney was born in Willamette, Oregon, and spent most of his youth in the Los Angeles area. He is a life-long inventor and entrepreneur. At age 17 he traveled all over the U.S. selling mini-bikes and go-karts.

By age 23, Mike founded the sales firm of Michael Maloney & Associates, growing it to five employees and two branch offices. He became a designer and manufacturer of high-end stereo equipment that won several engineering and industry awards. In 1992 his designs were selected as one of five permanent exhibits for display at the opening of the 20th century design wing of the royal Victoria & Albert museum in London, the world's greatest design museum. "That's about the time I had my first up close and personal encounter with economic cycles," Mike says.

In 1992, the U.S. economy was in recession, and the market for luxury audio equipment quickly dried up. To make matters worse, a real estate bubble had burst, and the home Mike then owned dropped 60 percent in value. Still he managed to stay in business and in 1998 launched a trade show for his industry, which grew to become a successful business.

In 2000, Mike was given the responsibility of managing his family's estate. He decided to trust a professional financial planner to manage the investments. The results were disastrous, and for two years Mike watched the value of his family's investment portfolio plummet. So he fired the planner and began to educate himself.

"I soaked up the information like a sponge," he recalls. "I studied every evening for five or six hours, and all day long on weekends." Delving into financial markets, U.S. and global economics, Mike discovered a passion for monetary history, devouring dozens of books and thousands of web pages. He discovered that the same economic patterns, or cycles, kept repeating over and over throughout history, from ancient times to modern day.

One recurring cycle, the inflation and subsequent crash of currencies, always ended the same way with the return to the safe haven of gold and silver. From his years of studying, it became apparent to Mike that the global currency system was at a point where it was about to happen again only at an intensity that would be magnitudes greater, due to the size of our modern global economy.

With that newfound understanding, Mike invested his family's wealth 100% in gold and silver, and remains 100% invested in them today.

Several years ago, Mike met financial educator Robert Kiyosaki, author of the "Rich Dad, Poor Dad" series, and was invited to speak at one of Kiyosaki's seminars. That experience inspired Mike to share his understanding of economic history and recurring "wealth cycles" with others, so that they, too, would have the ability to secure their wealth and their families' futures against the certain future crash of the global currency system. He began speaking at investment seminars all over the world. After founding GoldSilver.com in 2007, he began work on his book, Guide to Investing in Gold and Silver. In 2010 he launched WealthCycles.com as another forum with which to help educate and empower others to benefit from history's greatest wealth transfer.

"For 2,400 years as people have lost faith in fiat currencies, they have turned to 'real money,' gold and silver," Mike says. "Today the stage is set for a world-wide 'gold rush' to the safe haven of precious metals just when supplies of those metals are precariously low. The opportunity for those who position themselves in precious metals ahead of the crowd is like none we will see again in our lifetimes."