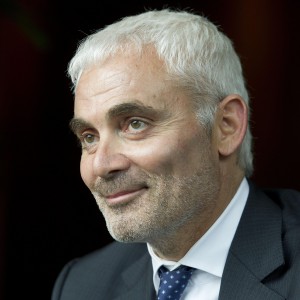 Mr. Giustra is President and Chief Executive Officer of Fiore Financial Corporation, a private firm managing a broad portfolio of private equity investments. Mr. Giustra has an established track record of building natural resource companies through access to capital and creative deal-making. As President and later Chairman and Chief Executive Officer of Yorkton Securities in the 1990s, he grew the firm into a leading natural resource investment bank. As Chairman of Endeavour Financial from 2001 to 2007, his vision and leadership led to the successful launch of numerous resource companies, including Wheaton River Minerals (acquired by Goldcorp), Silver Wheaton and Pacific Rubiales Energy. Mr. Giustra's entrepreneurial successes also include the founding of Lionsgate Entertainment, now one of the world's largest independent film companies.

Mr. Giustra is a strong believer in philanthropy, and devotes much of his time to a variety of causes. In 1997, he established The Radcliffe Foundation, and holds the position of President. The Radcliffe Foundation supports a wide variety of international and local charities. Since 2005, Mr. Giustra has become an active executive member and significant contributor to the International Crisis Group. The International Crisis Group is widely recognized as the leading independent, non-partisan source of analysis and advice to policymakers on the prevention and resolution of deadly conflict.

In 2007, Mr. Giustra and former President Bill Clinton launched the Clinton Giustra Enterprise Partnership, with the focus of creating social and economic development programs in parts of the world where poverty is widespread, including Colombia, Peru, Mexico and Haiti.

Frank Giustra is a board member of Lionsgate Entertainment Corporation, Endeavour Mining Corporation and Petromanas Energy Incorporated. In addition, he sits on boards of the Clinton Giustra Enterprise Partnership, the Clinton Foundation, International Crisis Group, The Radcliffe Foundation and Streetohome Foundation, a Vancouver Foundation that envisions access to safe, clean and affordable housing for everyone in Vancouver. Mr. Giustra is a Trustee of the Boston’s Museum of Fine Arts.