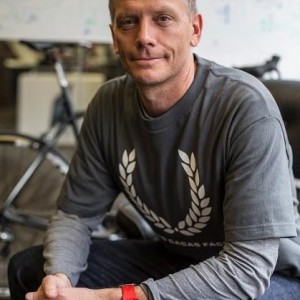 He was the Executive Director at GrowLab where he took an active role in steering GrowLab companies towards rapid growth and success. True to his vision to ignite Canada’s startup community, Mike co-founded Launch Academy in 2012, a pre-accelerator program that helps entrepreneurs execute on their ideas and business plans.

Previously, Mike co-founded Initio Group, an early stage venture capital fund, and AreaConnect, a localized search directory, which was sold to Marchex in 2006 and provided a significant return to its shareholders. He also co-founded InternetStudios, one of the first companies to exploit the digital revolution in the marketing and delivery of filmed entertainment, and Urbandig, the source for off the beaten path experiences delivered to your iPhone.

Mike has a keen eye for entrepreneurship and has been named the 2012 BC Angel Investor of the year. Since March 2010, Mike has invested in over 50 companies including Punch’d (sold to Google in July 2011), Artsicle, Summify (sold to Twitter in January 2012), LaunchRock, Loverly, Skyscraper, Dave McClure’s 500 Startups venture capital fund, and many more.

As a National Advisor for Startup Canada and a team member of Startup Visa Canada, Mike is actively involved in growing and supporting the Canadian startup community and connecting local entrepreneurs with the right investors, mentors, and influencers in Silicon Valley, New York, Europe and Asia. In addition, Mike currently serves on the Board of Directors for HackHut, Loverly, and Strutta.

When he’s not building companies, advising, or meeting with entrepreneurs, Mike can be found hanging out with his family in Whistler. Mike is an avid cyclist and athlete who has participated in several Ironman competitions.