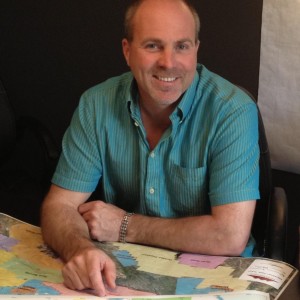 Mr. Travis holds a B.Sc. Major in Geology earned at UBC in 1990 and has been involved in the exploration sector for over the last 24 years. He was fortunate early on in his career to have been a team member with Keewatin Engineering and the Ron Netolitzky group of companies on a number of exploration projects such as Snip, Eskay Creek and Brewery Creek which later became mines and numerous other advanced projects and small mines in Africa, Mexico and Alaska. In 2004 Mr. Travis joined the Hunter Dickinson Group of companies initially in target evaluation and acquisition with Amarc Resources where he honed his large project management skills. Later he assisted with the field management of Northern Dynasty's Pebble Project and Continental Mineral's Xietongmen Project in Tibet. Mr. Travis then managed the greatly expanded exploration program at Taseko Mines Gibraltar Mine in 2007. Throughout the later years Mr. Travis started his private company Cazador Resources Ltd. which focused primarily on the acquisition of exploration projects in British Columbia and subsequent optioning to junior exploration companies. His private company at various times has had held more than 25 projects with up to half of them optioned out to companies which have included Skeena Resources, Ascot Resources, Western Keltic Mines, Santoy Resources, Solomon Resources, Cadillac Mining, Firesteel Resources, Candorado Operating Company, Avanti Mining and Amarc Resources who have spent tens of millions of dollars in exploration in the province based on some of Mr. Travis' early concepts. He is widely recognized in the industry for his enthusiasm, project management and experience on advanced projects, target evaluation and acquisition and deal negotiating skills. He has leveraged his early stage project generation and acquisition concepts into a lucrative business model for his private company. In his role as President of Colorado Resources he proposes to take a similar business model approach and acquire and develop exploration projects to be taken over by major mining companies at a substantial profit to the company and its shareholders.