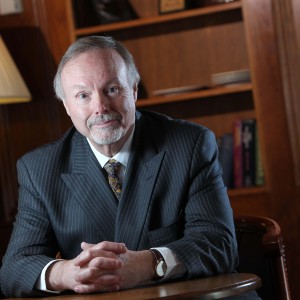 Sir Terence Matthews is the Founder and Chairman of Wesley Clover International, an investment vehicle and holding company. Terry has either founded or funded over 90 companies since 1972 including Newbridge Networks, a company he founded in 1986 and which became a leader in the worldwide data networking industry.

In 1972, before launching Newbridge, Terry co-founded Mitel, a world leader in the design and manufacture of enterprise communications solutions. Wesley Clover now has interests in a broad range of next-generation technology companies, real estate, hotels and resorts. In addition to being the Chairman of Wesley Clover, Terry is also Chairman or Director of a number of private and publicly traded companies.

Terry holds an honours degree in electronics from the University of Wales and is a Fellow of the Institute of Electrical Engineers and of the Royal Academy of Engineering. In 1994, he was appointed an Officer of the Order of the British Empire, and in the 2001 Queen's Birthday Honours, he was awarded a Knighthood. In 2011, he was appointed Patron of the European Cancer Stem Cell Research Institute.