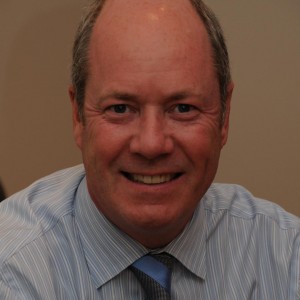 Mr. McQueen has worked in the financial services industry since 1993. He has led Wellington Financial’s growth from its inception as a $7 million fund in 2000 to its current $600 million investment program.  Wellington is North America’s most active venture debt fund, leading over $350 million of new transactions since 2006.  The firm has offices in San Francisco, Santa Monica and Toronto.

The Fund’s limited partners include many of Canada’s largest institutional investors.  In 2009, Profit Magazine named Wellington as the 17th fastest growing company in Canada; this was Wellington’s second consecutive year on the PROFIT 100 list.  In 2012, the Ted Rogers Leadership Centre at Ryerson University named included him in its “Portraits in Leadership” series featured in Canadian Business Magazine.

In 2007 he was appointed by the Canadian government to the Board of Directors of the Toronto Port Authority (operator of the Billy Bishop Toronto City Airport), and re-appointed in 2010; he has been Chairman of the Board since March 2008.  In 2012, he was appointed an Honourary Naval Captain by the Minister of National Defence.

At the present time he serves as a member of the Governing Council of Sunnybrook Health Sciences Centre and is Deputy Chair of Student Awards for the $750 million Campaign for Western.

His views on the capital markets have been quoted in a variety of media outlets, including Barron’s, The Wall Street Journal, The New York Times, The Toronto Star, The Globe and Mail, Reuters, Bloomberg, Profit Magazine, Canadian Business, Fox Television, and he is also a regular co-host on BNN Television, Canada’s business channel.  In 2008 and 2009, readers of The Globe and Mail voted the firm’s corporate blog one of the “Top 10 Financial and Market Blogs” in the world.