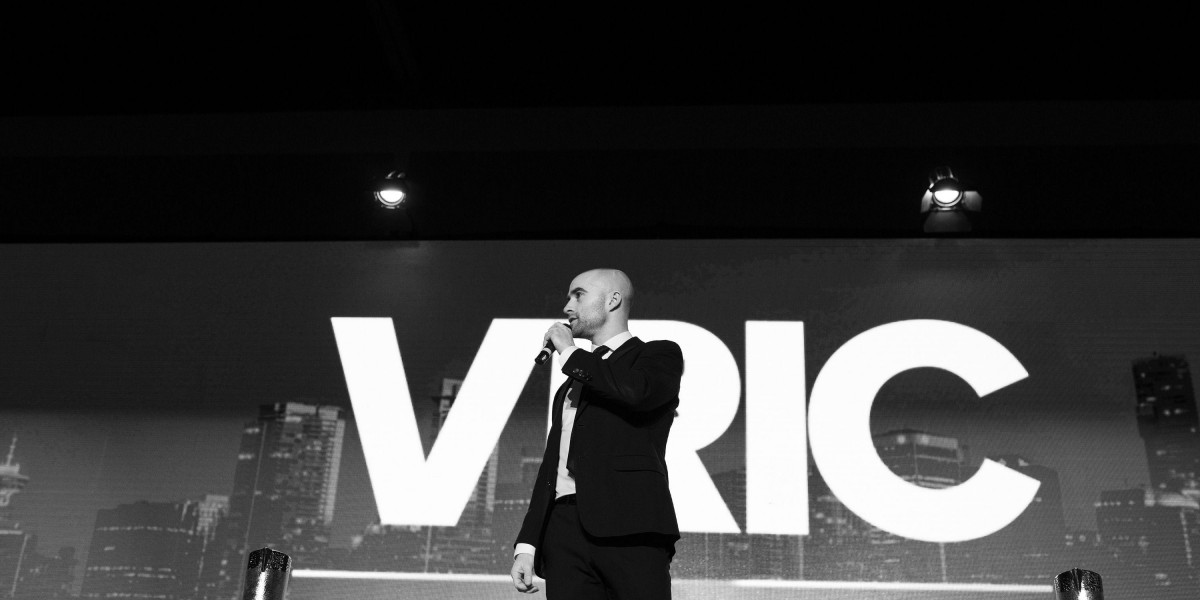 I have always thought of Daniela Cambone to be the best journalist in the gold industry. I’ve known Daniela for 9 years now, and every year she gets better. She’s smart, articulate - and most importantly - visibly enjoys her job. I’m always excited when she’s on our stage. Her appearances have become our biggest gold features, and a constant favourite at the conference.

At VRIC 2020 she chaired a panel with some of the most notable gold juggernauts:

Frank Holmes, CEO of US Global Investors. Frank is consistently the most active investor in this industry, at any given time he is holding positions in 30+ small-mid cap gold companies. MorningStar has recognized him as the world’s top performing gold fund manager, but his voracious appetite for learning takes him into sectors all over the world - from commercial travel, currencies and artificial intelligence. Frank is a YPO member, and is always rubbing shoulders with the titans of mega industries. Frank is always bringing new insights from outside of the gold market - never operating in a vacuum, he keeps his eyes and ears everywhere.

Rick Rule, CEO of Sprott US Holdings was this year's recipient of the Resource Hall of Fame award - a recognition that was long overdue. Rick has been hitting home runs for his companies and his clients since before I was born, and I haven’t seen any sign of him taking his foot off the gas. He's counselled me in times of business crisis, and despite being one of the most sought after personalities at our event - seems to make time for everyone. I don't think he sleeps when he attends these events.

Grant Williams brings the macro conversation to the small cap sector. Grant is a successful entrepreneur, money manager and analyst. His newsletter, “Things that make you go hmm... “ reflects Grant’s witty interpretation of geopolitical and economic events unfolding around the world.

Peter Schiff, CEO of Euro Pacific Capital, is the most opinionated personality in any room. He is a regular on CNBC, Fox News, Bloomberg and many, many more. Last year, live on stage, he challenged another of our keynotes to bet whether interest rates would rise or fall in 2019, throwing up an ounce of gold as the wager. This year, he only agreed to come back if I could coordinate him getting paid for his win, live on stage. His predictions for gold over the last 18 months have been spot on.

It was a bullish panel, to quote Rick Rule: “There is no excuse for anybody in this audience not making an amazing amount of money in the next five years”

This panel over-delivered, and should be watched by every gold investor before deploying capital in 2020.

There was one overarching theme that accompanied the bullish sentiment at this show - it was agreement on where the smart money is going right now.

In 2020 we will see a surge of capital flowing to the world’s safest gold jurisdictions first.

One location was mentioned far more than others: Nevada.

So I want to share another video with you - The Nevada Exploration Panel.

Last year, one of the CEO’s on this panel, Andrew Pollard of Blackrock Gold Corp., rescued what was by all appearances a fledgling company - generating a 10X Bagger for shareholders in the process. Blackrock was one of the top performing gold equities of the year.

Not bad considering Andrew only took the job in May.

These are the people we are looking for.

And Andrew was one of the youngest CEO’s at the show.

I like guys like Andrew because they are hungry, and they have something to prove. They’ve seen the generation before them turn out some rockstars, and they are ready to step into the spotlight themselves.

Success is earned by those who get up, and keep swinging.

If someone is under 35 years old and has been in the precious metals industry for over a decade - there is no sense of entitlement. They built their career during the roughest years of the bear market. They had to find a way or make a way.

The bear market was business as usual. They just kept swinging.

Imagine what they’ll do with the market behind them.

I’m acknowledging my bias - I am actively looking for the next generation of CEO’s - the up and comers.

I am not reinventing the wheel - Rick Rule built his career off of this exact strategy. He told me to do the same.

Blackrock Gold Corp. has a huge land package (45 sq km) where two prolific gold trends collide; the Carlin trend and the Northern Nevada Rift. They’re targeting high grades and they’re in the land of giants. It’s an incredible property - and the best part is, it’s seen very little in the way of actual exploration to date, despite multiple veins outcropping at surface.

CEO Andrew Pollard has earned a spot on everyone’s radar for 2020. His company is listed on the venture, TSX-V: BRC.

Watch his update on the Nevada Exploration Panel, HERE

I’ll be releasing new video content every few days. We’ve got some amazing pieces coming out that I am incredibly proud of.

Keep your eye out:

Next up is our Headline Panel: “Is Canada a Leaky Ship in a Turbulent Sea?” Featuring the legendary Lord Conrad Black, Canaccord Genuity Founder Peter Brown and President of the Fraser Institute, Niels Veldhuis.