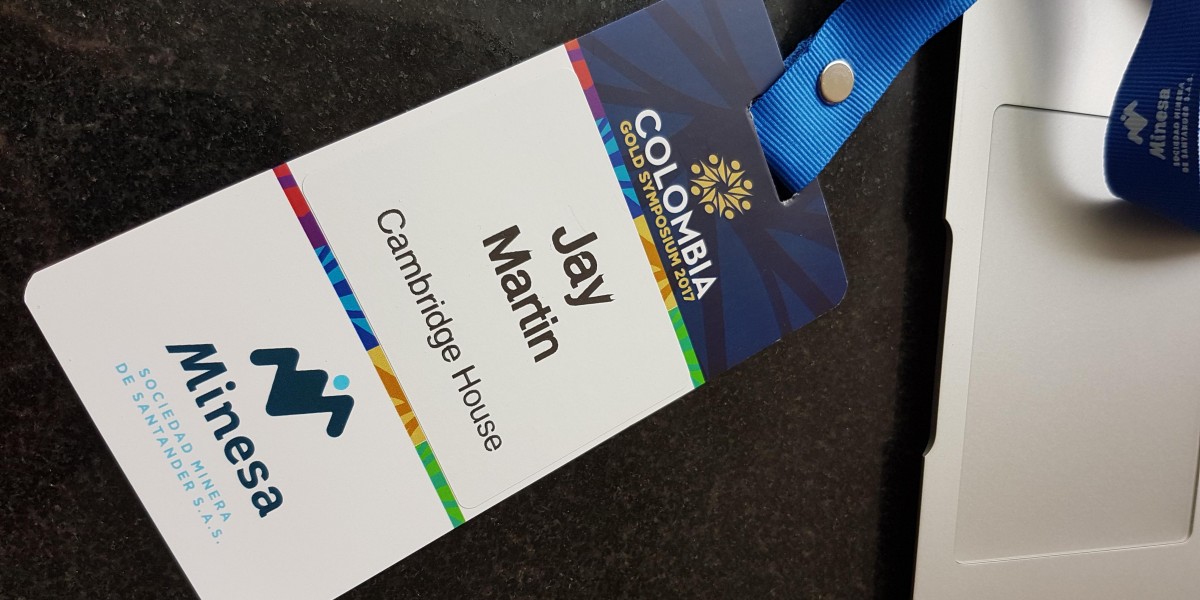 I watched all three seasons of Narcos. As I walk around the city of Medellin I imagine Pablo’s sicario’s peeling around the steep cornered streets, doubled up on motor bikes. Bounties on police officers heads ordered by a self made multibillionaire narco-terrorist, who was once featured in Forbes Magazine and worth more money than General Motors, keep the public hidden away indoors. Surreal for what today is a beautiful, quiet, little city.

This morning I see the President and CEO of Sprott U.S Holldings, Rick Rule, and his wife Bonnie having breakfast a few tables away. I’ve probably seen Rick deliver over 40 keynote speeches. He is constantly on the road - I would not be surprised to learn he spends more days at a podium than in his living room, and more nights on an airplane than in his bed.

That sounds about right.

Rick is the feature keynote this morning. I am excited to hear his talk, even though I can probably guess 90% of the content. He will be bullish on gold, bearish on the US economy, critical of frivolous junior miners and adamant that the key to success in this business is aligning with the right people.

I am 90% correct. He opens with one of his favourite quotes, reminding the audience that “Bear markets are the authors of bull markets”.

I am 33 years old with 8 years of junior mining exposure under my belt. This means that I entered at a time of confusing mania - events were shoulder to shoulder with loud, colourful promoters, overflowing with expensive wine and confidence. To quote Rick, when the money is coming easily, people tend to confuse a bull market for intelligence.

The end came quickly and the consecutive 6 years were an evaporation of personalities, pitches and profits. The street went quiet. For a 27 year old, relatively fresh in the industry, this was an ideal environment. It became easier to climb the ladder and build important relationships that were previously distant in an overpopulated sector. A bear market does some of the diligence for you, vetting out both projects and people.

Whether or not this was the 41’st Rick Rule keynote I have heard, I always enjoy him.

A few high level forecast points from his talk this morning:

Rick forecast a return of an exploration bull market in 2018, noting that Sprott had moved aggressively back into the exploration market ten months ago.

He hammered home his point that serially successful people are most likely to be successful again - counting his peers, Ross Beaty, Robert Freidland, Lucas Lundin and Bob Quartermain among some that have lifted his own career success.

He forecast that this next commodity cycle will put more pressure on companies to have ironed out their social, political and environmental strategy.

The Colombia Gold Symposium sold out with over 250 tickets sold to a very international crowd. I am very impressed with the polished production. The trade show, speaker hall and lunch rooms are branded beautifully, and everything has been very organized. I congratulate Paul Harris on a fantastic job.

I will wrap with my favourite Rick Rule quote of the day - spoken like someone who has successfully navigated the pain and terror of four bear markets in the resource sector:

Rick Rule will be a featured keynote speaker and panelist at the San Francisco Silver and Gold Summit on November 20 & 21 at the Hilton Union Square. Click HERE for tickets.